The Evolutionary Adaptation of Urban Tissues Through Computational Analysis

MSSM Associate Mohammed Makki, in collaboration with PhD Candidates Ali Farzaneh (Architectural Association) and Diego Navarro (Catalonia University) have recently published and presented their latest research on urban tissues through evolutionary computation at this years 'Education and research in Computer Aided Architectural Design in Europe' (eCAADe) that was held in Vienna, Austria.

Excerpt from the publication:

"Evolutionary algorithms have been used extensively in recent years to solve real world problems through a 'search and optimization' procedure. The algorithm, which is based on principles of evolutionary science, searches through a set of solutions and selects the fittest based on a preferred design criteria. The use of evolutionary algorithms can be found in various disciplines from economics to politics to music and even architecture. While the applicability of evolutionary algorithms has been common in solving single objective problems, they have proven to be an efficient problem solving technique for multiple objective problems as well, finding trade-off solutions for problems that possess multiple 'fitness criteria' that are commonly in conflict with one another. Within the field of architecture and design, the emergence of several CAD-based evolutionary solvers has increased the utilization of evolutionary computation as a design strategy; a development that has bridged the gap between the domains of biology, computer science and the field of architecture and design. Although the former domains may seem unrelated to many within the field of design (considering their complexity and rich history), the evolutionary solvers developed have attempted to translate the algorithmic computation of natural evolution through a relatively user friendly environment. An efficient implementation of evolutionary tools within a CAD-based environment is facilitated with a practical understanding of the underlying algorithms that drive the solver, as well as a clear explanation of the evolutionary principles implemented within the algorithm - both of which are clearly lacking in the domain of architecture and design. As such, the application of the evolutionary solver as well as a description of its underlying principles will be expanded upon in the experiments presented within this paper. The evolutionary solver – Octopus 3D, is utilized to develop an urban patch in the city of Barcelona; a design problem that consists of multiple conflicting objectives whose solution cannot be considered to be a single optimal solution, rather a set of optimal solutions that take into account all of the objective criteria without the need to employ a trade-off strategy to arrive at a given solution set. A brief account of Barcelona's urban growth and its current implications on the population residing within will be explained, as they play a pivotal role in defining the objectives that drive the experiments. In addition, a brief summary of the developments in the field of evolutionary computation will also be engaged, as its key principles play a significant role in providing the proper foundation for an understanding of the methods employed by the evolutionary solver." 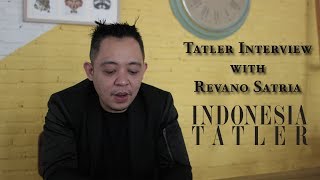 Dr. Mohammed Makki presents at the Technology Institute of Bandung